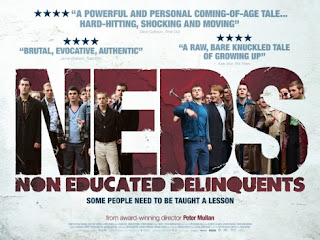 As I start this review, I’d just like to point out that I’m an absolute sucker for films about hooliganism; I just go mad for the excessive swearing and violence (I even loved Kidulthood and Adulthood for christ sake.) So when I saw the trailer for Peter Mullan’s new film set in 1970's Glasgow about a boy getting involved in some gang action, I knew that I was going to be in for a good time as it was filled with fights a plenty.

Now don’t get me wrong Neds is a good film, there’s no doubt about that, but the Scottish accents are so thick that I really couldn’t understand what the hell was going on. Please don’t think this is some kind of racism, I was trying very hard to know what they were saying, but it just wasn’t working for me. Because of this, the majority of the film just seemed like random scenes of teenagers slicing each other up, throwing fireworks through windows and running away from each other, and as I didn’t know their motives for this, it all seemed very disjointed.

If I can be bothered I might re watch it, or just watch this for my teenage violence needs; 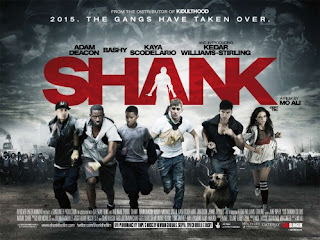 Look, it has more teenagers running and I bet that dog could fuck some shit up.

Posted by Matthew Thompson at 03:37