Right, I’m back to full health now, so, as I’m in a positive mood, I feel like writing about a guy who is world renowned for being pretty damn awesome.

Which guy I hear you ask? 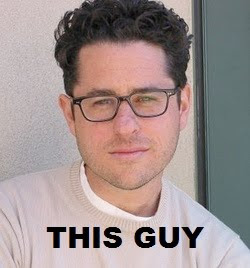 This is J.J. Abrams, someone who;

· Made my favourite TV show.

· Can turn any nerd into a slobbering mess whenever his name is attached to a project.

· Has the ability to look unbelievably smug but still really cool in every single photo.

I also recently learned that Abrams wrote one of my favourite films of my early teenage years, this film was called Road Kill (or Joy Ride if you’re a filthy American.) 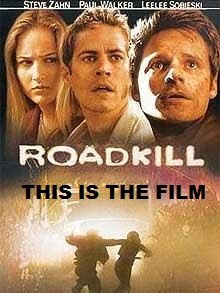 I re-watched it lately and I deducted two things. The first being that, despite liking some shite, I didn’t have an absolutely appalling taste in films back in the day. Secondly, Road Kill is such an underrated and original thriller. The characters feel real, unlike being one dimensional stock characters that most thrillers tend to use these days. There are tons of ‘OMGZ’ moments that aren’t too overblown or contrived, which makes the film incredibly exciting. It also has Steve Zahn in it, and boy, do I love a bit of Steve Zahn.

Posted by Matthew Thompson at 11:31