As it’s the Oscars on Sunday, and I’ve already ran out of things to write about, I’m going to tell you who I think should win and you’re going to damn well listen.

Just like everyone else, I bloody loved the Kings Speech, but after the BAFTA’s practically raped it with awards, I don’t think it’s going to be so successful at the Oscars, however, for me Bonham Carter’s performance was the best thing about it and I’m sure she’s going to walk away with the award in miss-matched shoes.

Amy Adams, while usually very gorgeous, has a muffin top belly throughout The Fighter so I just can’t allow her to win and I have yet to see Animal Kingdom, but I really don’t trust Jacki Weaver’s eyebrows so she doesn’t even get a look in. 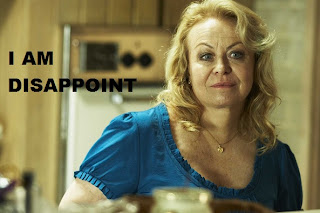 If you’re one of the people who are still hung up on his past events, please get off my blog as you’re probably very boring. Bale is fucking great in The Fighter, so yeah, give the award to him or he’ll gain some weight again and kick your ass.

Okay, I know this will never happen, and I know the award will got to Natalie (I’m in far too many films this year) Portman, but all I wanted to do whilst watching Black Swan was to give her character a punch in the fanny and a good rant about how she should quit whining. William’s performance was so natural, too natural in fact, as I’m now overtly worried that some of my future relationships will turn into the big ball of depressing stuff that hers and Ryan Gosling’s ended up like in Blue Valentine. Winter’s Bone was the most forgettable film that’s been nominated this year so I wouldn’t be surprised if they forget to read out Jennifer whatsherface’s name on Sunday night.

I toyed with this one for a while, but the thought of Eisenberg’s gangly legs rushing up to accept the award was too much and I’m going to be quite saddened if he doesn’t get it now, even though it’s probably Firth’s time to finally win a little gold man. Eisenberg’s portrayal of a grade A douche is obviously perfect for this blog and I’m sure douche’s everywhere would be up in arms if I didn’t back him (they probably wouldn’t care, the big douches.) 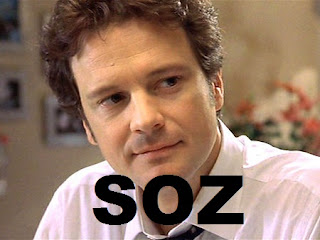 I’m sure you’ll all agree that, if neither of these three goes home with the award, we should all rush out onto the streets with pitchforks and start tearing up stuff. I’m just very confused about which film I want to win, The Social Network changed everyone’s predictions of what a ‘facebook film’ was going to be like, it provided many laughs while also making us think about friendship n’ stuff and it also made us aware that Justin Timberlake is probably going to be the next Ian McKellen. The Kings Speech is a great all round film and not one aspect of it can be given complete negative criticism, apart from Firth constantly fluffing up his lines (I MADE A FUNNY.) Finally, I haven’t quite made my love of Pixar known on this blog yet, but my incredibly high expectations of Toy Story 3 were met, and it’s joined my list of ‘films that will always make me cry.’

I just can’t decide, but for the sake of it, I’ll go with Toy Story 3.

Well, there you have it, my sub standard Oscar predictions.

Keep your eyes peeled next week for a post about how annoyed I am that the awards went to films that I didn’t want to win, where I’ll express all the same opinions.

Posted by Matthew Thompson at 10:51